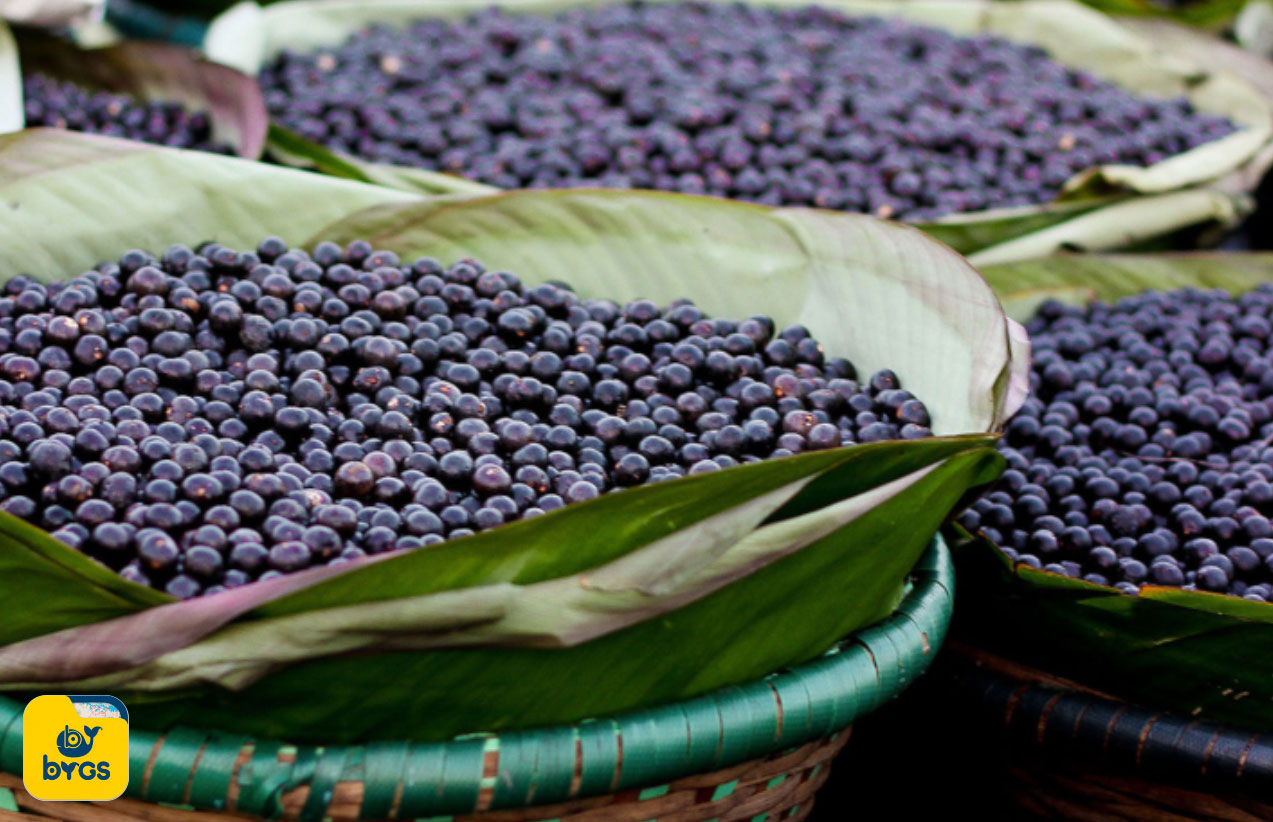 A small purple colored fruit. Açaí is a great gift from nature to humanity found in the Amazon rainforest, where it is an important part of people’s food. For Brazil and for the world, açaí is a “super fruit”. Its antioxidant content is higher than in many other fruits such as blueberry, raspberry, pomegranate and strawberry, which is mainly due to the large amount of anthocyanins. In addition, it is rich in omega 3, 6 and 9, fiber, minerals and vitamins. Considered by many to be an exotic delicacy. 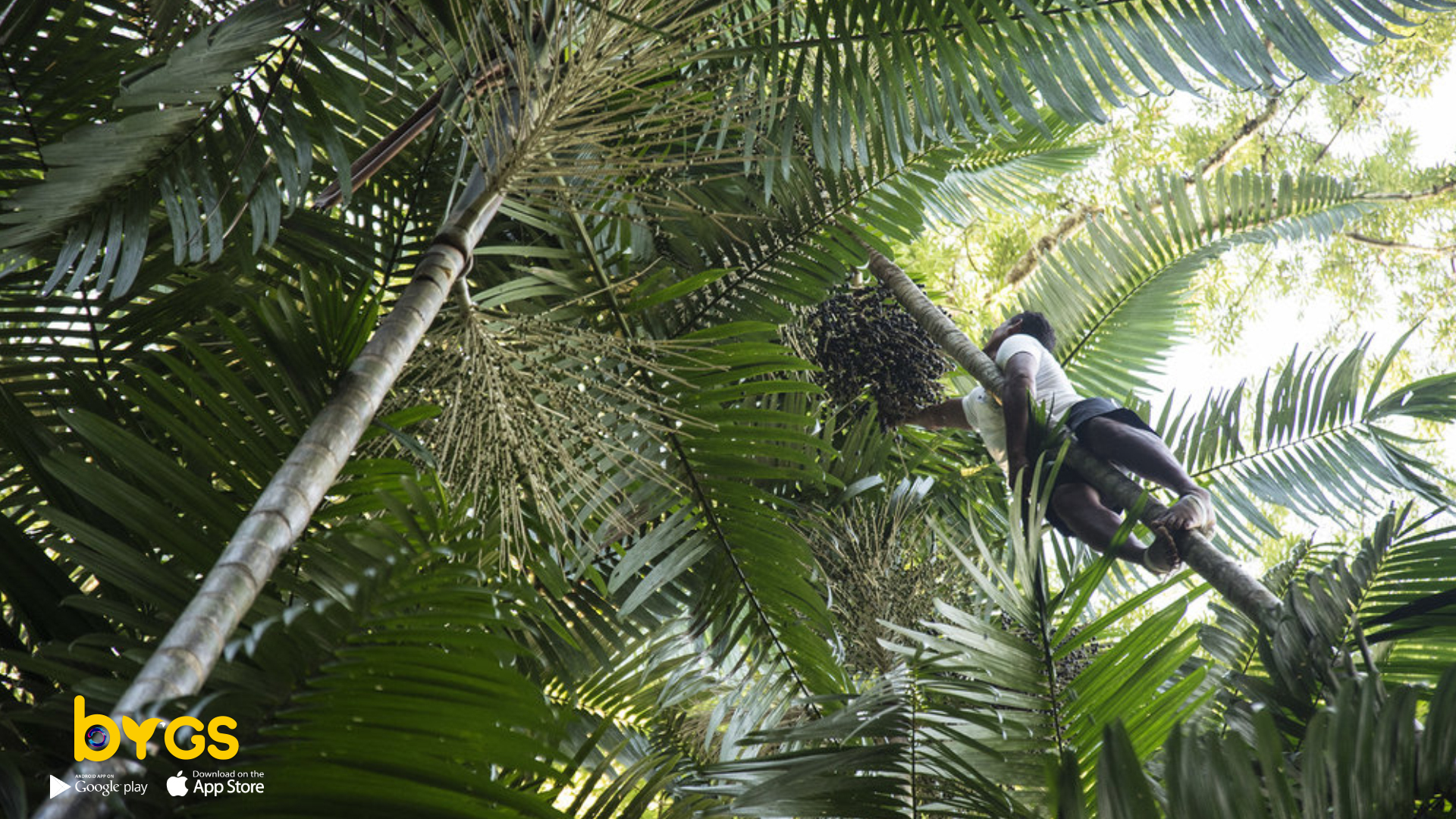 Açaí is a very common palm in the Amazon region that produces a purple colored fruit, widely used in the manufacture of food and drinks. The açaí palm is sometimes confused, in the state of Pará, with the juçara palm, although juçara is another type of palm, which gives excellent quality hearts of palm.

Açaí is a very important food in the diet of northerners in Brazil, where its consumption dates back to pre-Columbian times. Nowadays, it is grown not only in the Amazon Region, but in several other Brazilian states, having been introduced in the rest of the national market during the 1980s and 1990s. The states of Pará, Amazonas and Maranhão, in Brazil, are the largest producers fruit, being together responsible for more than 85% of world production. An example of this is the municipality of lgarapé-Miri in Pará, known worldwide as “the World Capital of Açaí”, for being the largest producer and exporter of the fruit in the world. Açaí is considered, by many, an exotic delicacy, being appreciated in several regions of Brazil and the world. 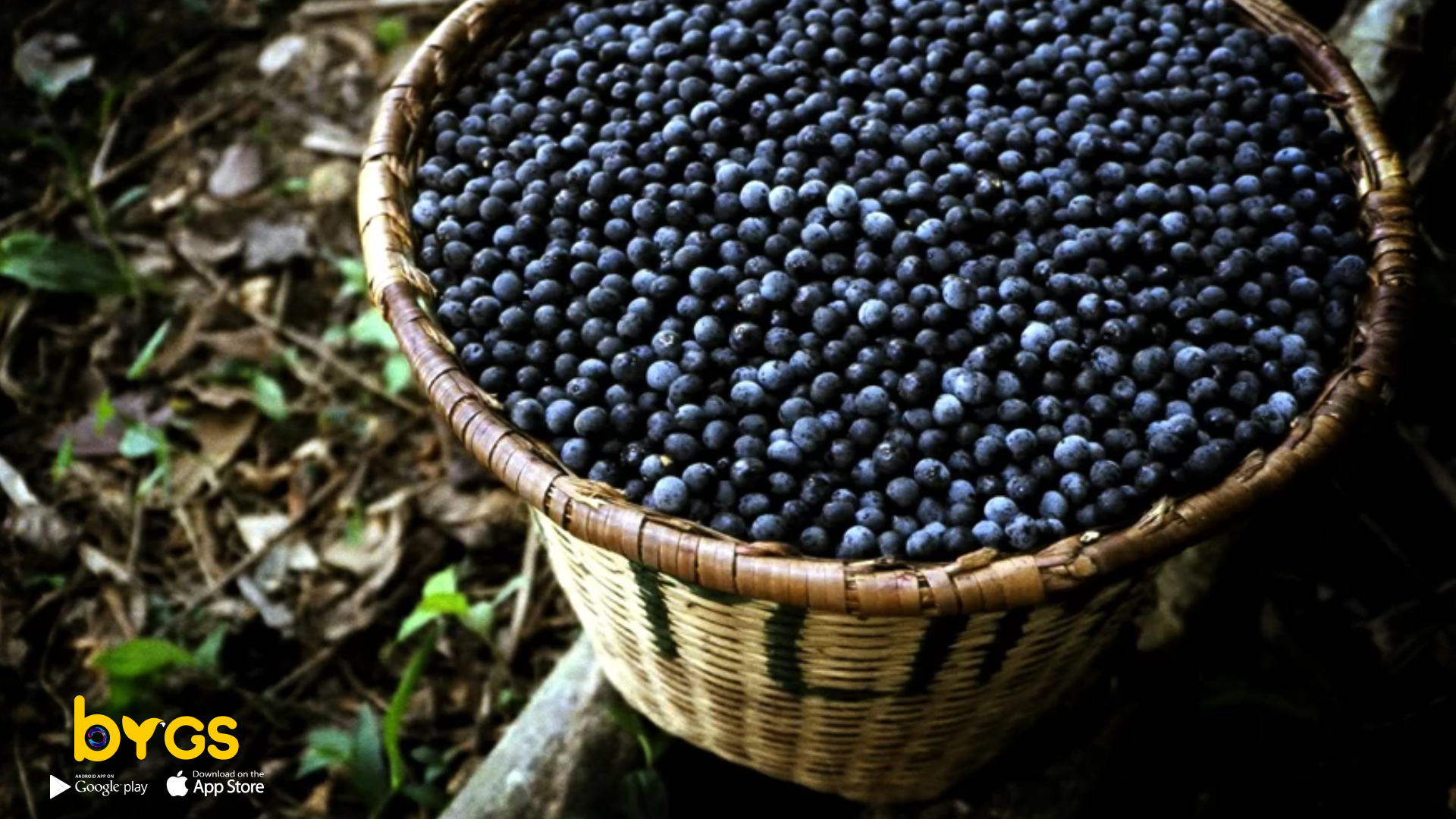 Açaí is widely consumed as juice or mush. Thus, it can be consumed in the form of functional drinks, sweets, jellies and ice cream. In the Amazon, açaí is traditionally consumed together with manioc flour or tapioca, usually chilled. 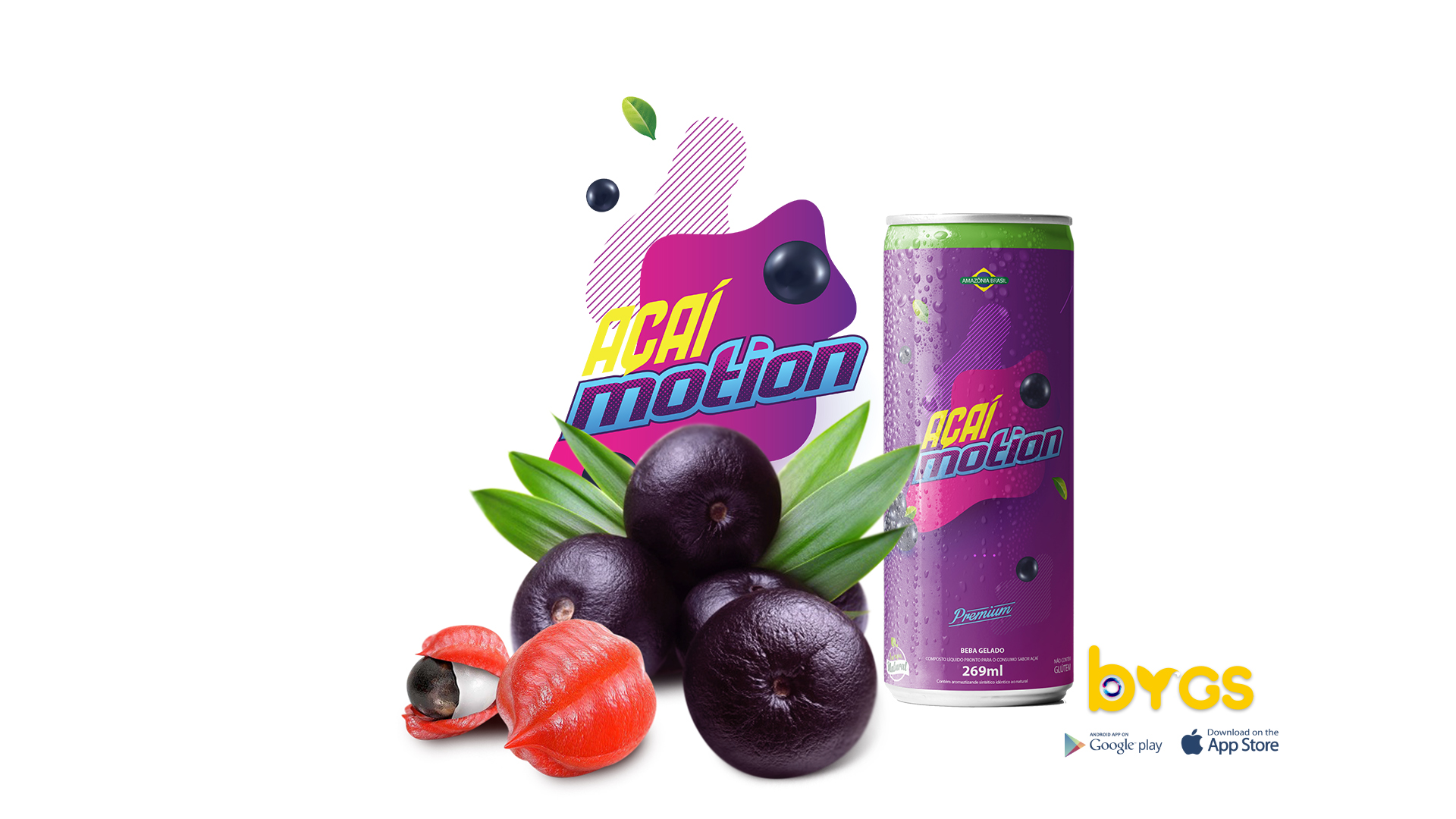 A tip for those who want to try the Açaí for the first time or even for those who already consume it regularly, BYGS recommends the Açaí Motion drink, as it is the first and best prepared with natural properties based on Açaí with Guarana. Smooth, pleasant, refreshing and with all the energy properties of fruits. To be able to follow in real time the places where the product is sold, just install our app and visit the special category of Açaí Motion, all places are available so that you can find the one closest to you. 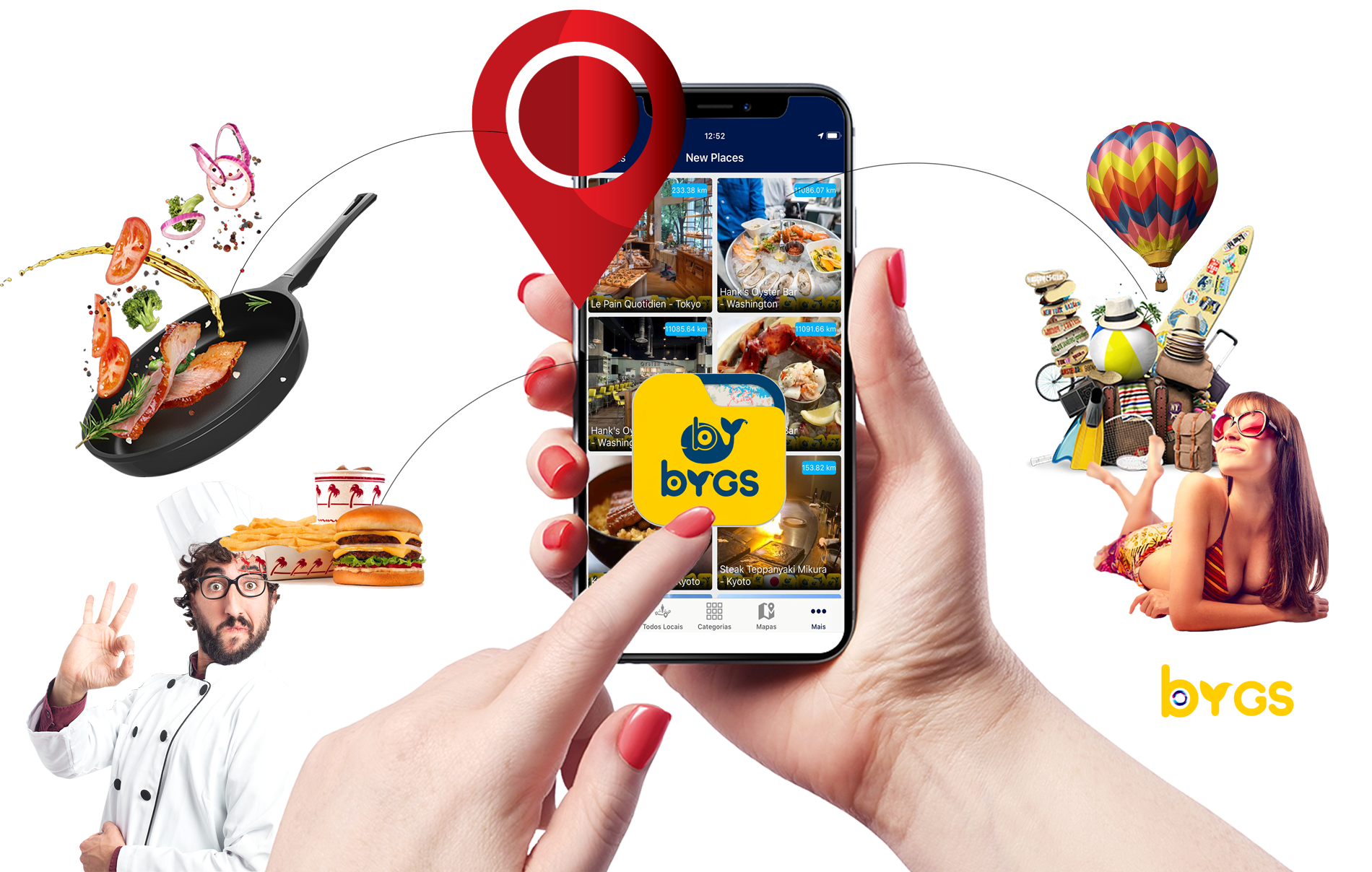